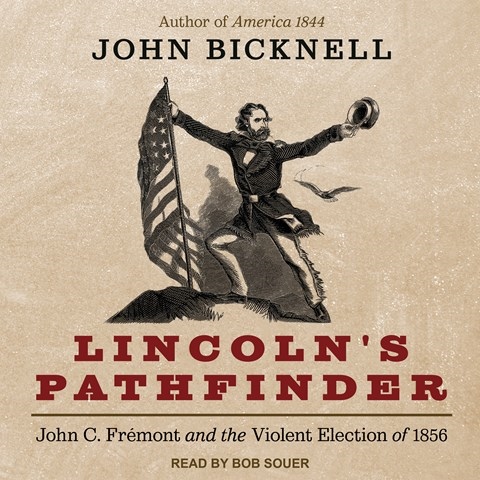 LINCOLN'S PATHFINDER John C. Fremont and the Violent Election of 1856

Many historians argue that the American Civil War began in Kansas, years before South Carolina seceded. In addition, the 1856 presidential election reflected the national divide over slavery as clearly as the 1860 race did. These are among the major points of this examination of John C. Fremont's campaign for the presidency. Fremont was the nascent Republican Party's first national standard bearer. Bob Souer offers an engaging reading of this audiobook. His voice is pleasant, and his pace makes understanding complicated passages easier. When the author uses complex sentences, Souer breaks them into pieces that allow the listener to follow without undercutting their meaning. This often overlooked period of U.S. history is brought to life in Bicknell's book, and Souer translates it to audio effectively. R.C.G. Winner of AudioFile Earphones Award © AudioFile 2017, Portland, Maine [Published: JULY 2017]