Home»Reviews»THE MANY LIVES OF CATWOMAN 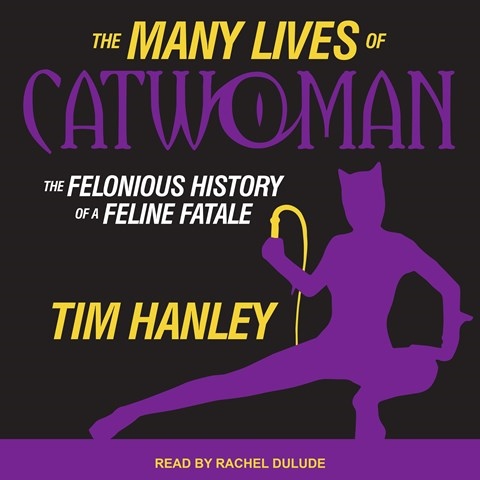 This impressive audiobook traces the life of Catwoman, Batman's enemy/lover, from her first appearance in 1940 through contemporary times. Narrator Rachel Dulude perfectly captures the character's essence. The book is well researched and will surprise non-comic book fans with revelations about Batman and Catwoman's creation. The pair were long attributed to artist and self-promoter Bob Kane alone until the recent revelation that ghostwriter Bob Finger actually did most of the work. The audiobook also examines how Catwoman has changed over the decades, depending on social norms and individual writers. She's been portrayed as a socialite, a thief, a killer, a prostitute, a dominatrix, a lesbian, and some combinations thereof. This is a serious look at the history of one of the comic-book world's most enduring female characters. M.S. © AudioFile 2017, Portland, Maine [Published: JULY 2017]