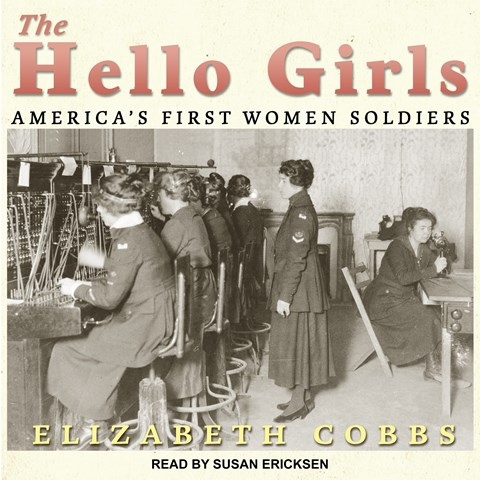 Narrator Susan Ericksen is the perfect choice for this gem of overlooked history, which tells the story of America's first female soldiers. Known informally as the "hello girls," the 223 women of the United States Signal Corps were the backbone of the nascent telecommunications infrastructure for the American Expeditionary Forces during WWI. Ericksen gives a steady performance, including impeccable French pronunciation, allowing listeners to absorb the balanced blend of military, political, and personal history that squarely places the story of the Signal Corps in a broader social context. Because the narrative draws heavily from personal letters and diaries, Ericksen has ample opportunity to give a voice to a number of women, amplifying their individuality and unique role in American history. A.S. © AudioFile 2017, Portland, Maine [Published: AUGUST 2017]