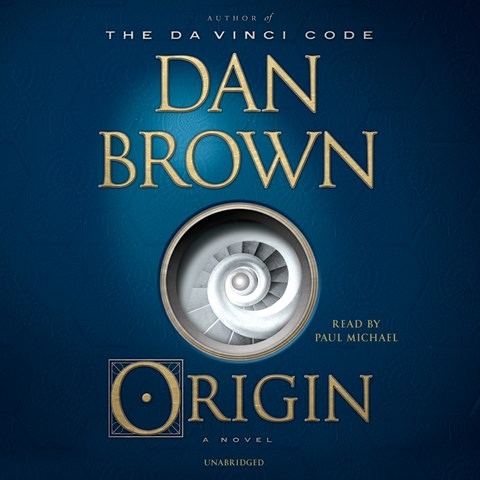 Narrator Paul Michael dazzles in this latest Dan Brown thriller featuring symbologist Robert Langdon. At the Guggenheim in Bilbao, Spain, futurist Edmond Kirsch is assassinated in front of a live audience, including Langdon, before he can unveil two earth-shattering scientific revelations--the origin of life and the future of mankind. Langdon teams up with Ambra Vidal, the museum's curator, and a disembodied A.I. program named Winston to crack Kirsch's computer password and find out what he discovered. Michael's narration provides a tone of erudition that complements Brown's signature blend of art, architecture, history, and thriller. Michael's inspired vocal work adds further texture, though Winston, surprisingly, outshines most of the human characters. A.T.N. © AudioFile 2017, Portland, Maine [Published: OCTOBER 2017]