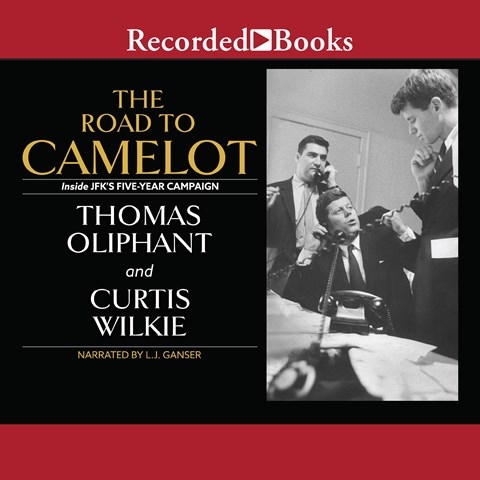 No matter how well you know the story, the history of John F. Kennedy's 1960 presidential campaign remains compelling listening. Oliphant and Wilkie tell the inside story in more detail and far greater candor than contemporary readers of Theodore H. White's classic MAKING OF THE PRESIDENT 1960 could have dreamed of. Even so, the shenanigans of late-fifties politics seem tame in light of what's come since. Narrator L.J. Ganser's is a distinctive voice, and he is a skilled reader of a dramatic text--some may find him a shade too distinctive and too skilled, particularly in his forays into Bostonian and Southern regional accents. But the 1960 election is one of the great dramas in American history, and it's impossible not to be swept up in its energy and excitement. D.A.W. © AudioFile 2017, Portland, Maine [Published: AUGUST 2017]