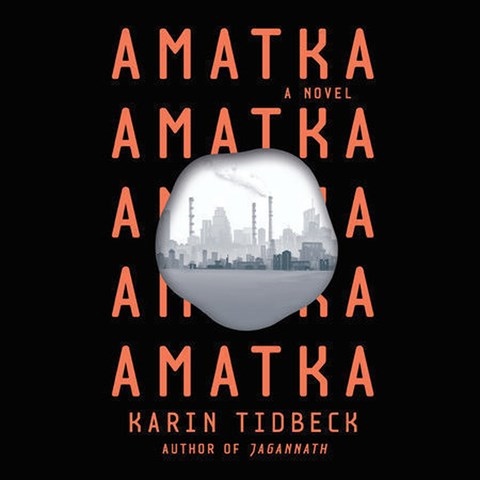 In this audiobook's bleak future, words shape the existence of objects. When items aren't labeled, or their identity isn't confirmed aloud, they begin to dissolve. Narrator Kirsten Potter's voice is concise and clear, precisely evoking the cold, flinty environment of the colony called Amatka, in which an "information assistant" named Vanja finds herself. Vanja is sent to Amatka by "The Committee" to research the hygiene habits of the locals. What starts as a simple assignment takes a darker turn when Vanja discovers threatening evidence that will put Amatka in danger. Potter deftly alternates between the sharp tone of Vanja's housemate, Nina, and the soft uncertainty of Vanja's voice as a romance begins to bloom despite the icy atmosphere. E.E. Winner of AudioFile Earphones Award © AudioFile 2017, Portland, Maine [Published: AUGUST 2017]