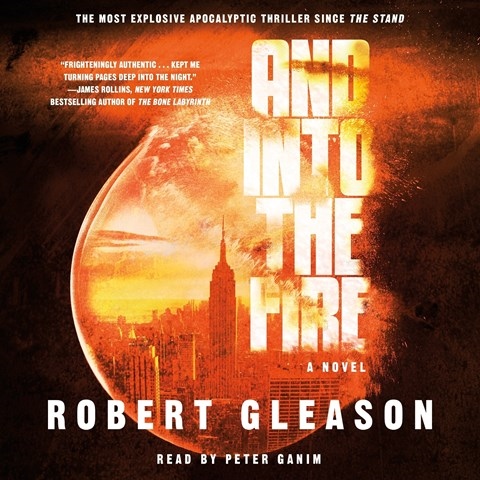 AND INTO THE FIRE

Imagine if the terrorists' war on everyday life escalated to include the use of nuclear weapons. Such an imagined scenario is the grim reality of this audiobook thriller in which two women, a journalist and a CIA officer, try to outwit ISIS militants who are targeting American cities with powerful nukes. The fact that this plot is highly plausible further underscores its suspense. The direness of such a proposition is brought out in the grim tones narrator Peter Ganim uses to characterize the villains. He also employs a variety of other personas that help listeners distinguish between the male and female characters, as well as the mix of Americans and Arabs in this ambitious nail-biter. M.R. © AudioFile 2017, Portland, Maine [Published: AUGUST 2017]