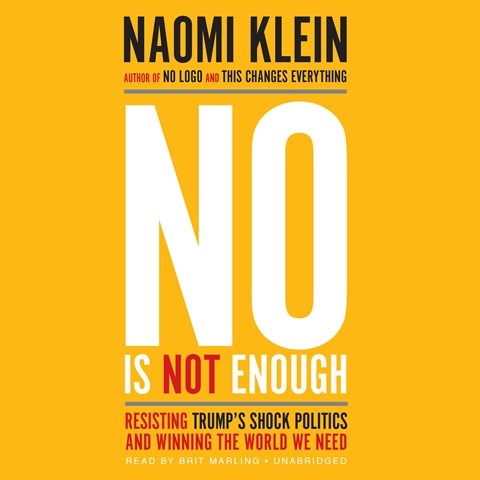 The main point of this audiobook is that Donald Trump's election is a terrible turn for both the United States and the world, and it aims to instruct his opponents about how to resist and fight back against his policies. Given the content, one would expect that the audiobook's narrator would approach it with force and urgency. That's why the choice of Brit Marling is rather curious. She reads clearly and paces herself well, but her voice is thin and timid. Further, she often drops her intonation at the ends of sentences and seems to approach this manifesto as an academic work, rather than as the call to the barricades the author intends. R.I.G. © AudioFile 2017, Portland, Maine [Published: DECEMBER 2017]