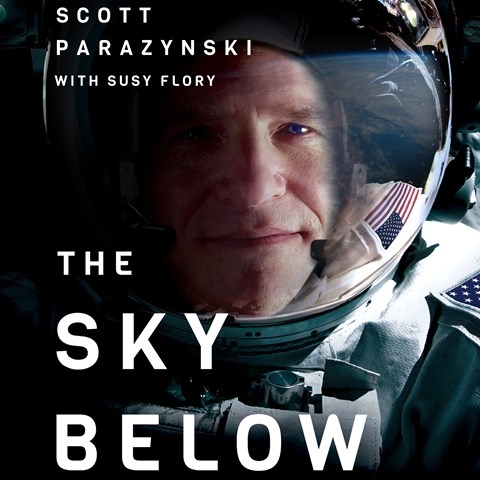 THE SKY BELOW A True Story of Summits, Space, and Speed

Growing up in far-flung areas such as Africa, Beirut, and Greece, astronaut Scott Parazynski developed a long-range vision of his life at an early age. In a casual drawl revealing Arkansas roots, he recounts his achievements on earth and in space with a calmness that belies the danger he faced. His tone of passion makes the listener more empathetic toward the difficult decisions he had to make to achieve his dreams, such as leaving his family for months at a time to pursue his career in space or to climb Mount Everest. Hearing firsthand about the intricacies of space travel and how it affects the human body--for example, zero gravity makes you taller--is fascinating, and the foreword, written and read by NASA engineer Homer Hickam (ROCKET BOYS), is a bonus. Hero, or narcissist? You be the judge. E.E. © AudioFile 2018, Portland, Maine [Published: MARCH 2018]