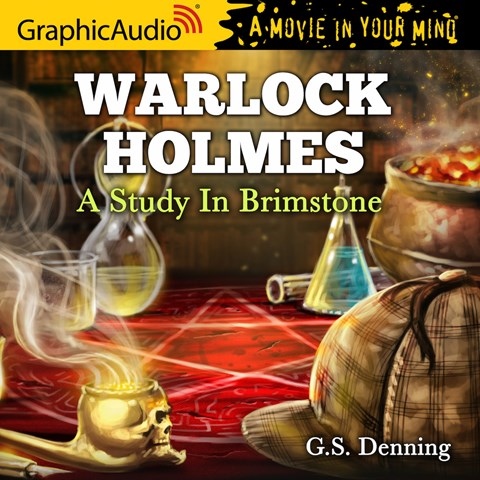 WARLOCK HOLMES 1 A Study in Brimstone

In need of a place to stay, Dr. Watson (of Sherlock Holmes fame) finds himself unexpectedly boarding with Warlock Holmes, a sometimes bumbling idiot who seems to be possessed by something evil. A full-cast production with music and sound effects, this audiobook has the quality and gumption of the classic series of the BBC such as THE HITCHHIKER'S GUIDE TO THE GALAXY and DOCTOR WHO. The start of this match made in hell witnesses the smarter Watson and the inept but somehow magically powerful Holmes stumbling through a handful of interconnected cases. Scott McCormick's performances as both Watson and the primary narrator drive the story with his English accent and memorable timbre. L.E. © AudioFile 2017, Portland, Maine [Published: SEPTEMBER 2017]