Home»Reviews»MONTANA HEAT: ESCAPE TO YOU 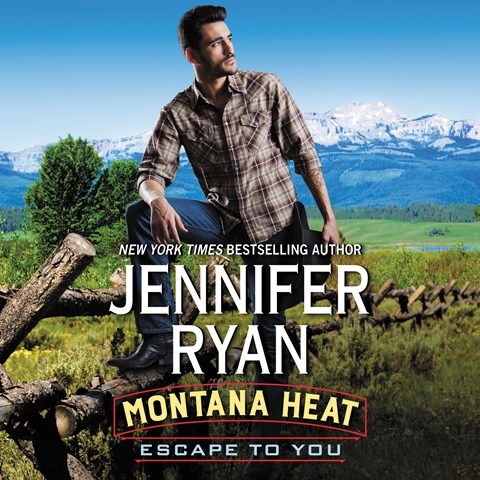 Narrator Coleen Marlo's menacing voice for the villain of this romance novel sends a chill down the listener's spine. The story opens on the one-year anniversary of actress Ashley Swan's disappearance--the listener quickly learns that she is being held captive and tortured. Then, she manages to escape with a little boy in the middle of a blizzard and finds sanctuary on the isolated farm of DEA agent Beck Cooke. Marlo portrays Beck with a husky voice as he falls for Ashley. That voice helps the listener fall in love with Beck as well. Ashley's breathy voice is less appealing. Nonetheless, the listener will root for these two haunted people to find their happy ending. S.B. © AudioFile 2017, Portland, Maine [Published: SEPTEMBER 2017]