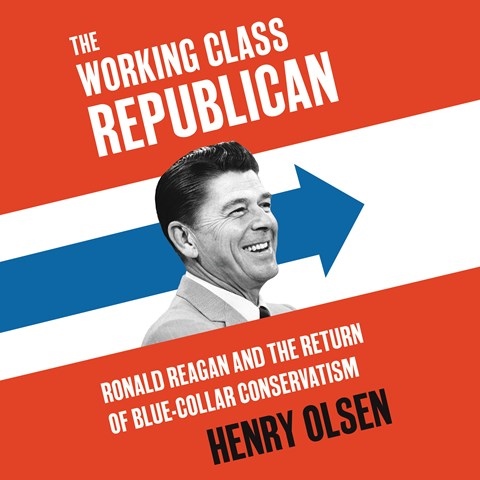 Listeners follow the reasonable argument that by employing sincerity, common sense, and carefully placed enthusiasm, President Reagan successfully attracted both Republican and Democratic voter support. Olsen, a senior fellow at the Ethics and Public Policy Center, supports a cogent argument that Reagan's enthusiastic admiration for FDR and the New Deal strongly influenced his political choices and core beliefs. Derek Shetterly's workmanlike, appropriately paced narration is highly listenable. While some may find the arguments provocative and controversial, those who don their earbuds with open minds and ears will be richly rewarded with an articulate, stylish, and entertaining political, but quite human, discussion. W.A.G. © AudioFile 2017, Portland, Maine [Published: AUGUST 2017]