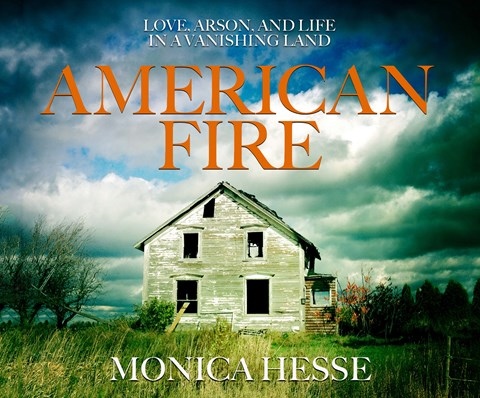 Narrator Tanya Eby tells a fascinating story. From late 2012 through early 2013, Accomack County, located on Virginia's Eastern Shore, endured 86 fires, all set by an elusive arsonist. But listeners shouldn't expect a prolonged whodunnit. The culprits, a local couple, are revealed early on. Instead author Monica Hesse paints a vivid portrait of a struggling rural community that is both divided and united by the baffling crimes. Eby briskly delivers the background information that sets the stage for the onset of the fires. When quoting firefighters, investigators, and citizens, Eby uses a range of Southern accents that ring true and humanize the community. Her respectful approach mirrors Hesse's treatment of the arsonists, who are presented as emotionally complex and morally gray. A.T.N. © AudioFile 2017, Portland, Maine [Published: AUGUST 2017]