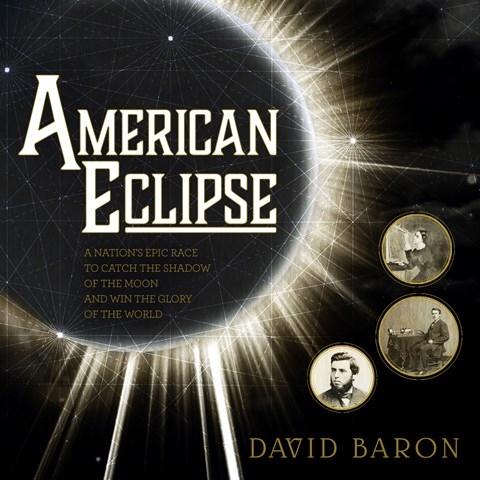 With verbal aplomb and a jaunty pace, Jonathan Yen deftly narrates this tale of scientific adventure. Every 100 years, a total solar eclipse darkens a path across the United States. In 1878, three notable research parties made extraordinary preparations to witness and measure the event. One was led by an eminent, though egotistical, asteroid hunter who was desperate to lay claim to planetary discovery. Another featured an up-and-coming inventor who was determined to be taken seriously in the scientific community. And, finally, another was organized by an accomplished astronomer whose gender prevented her advancement. While the story is filled with characters and rich in scientific detail, Yen keeps listeners engaged by embracing the momentum of discovery, driving the plot, and adding color through voices and accents. A.S. © AudioFile 2017, Portland, Maine [Published: AUGUST 2017]