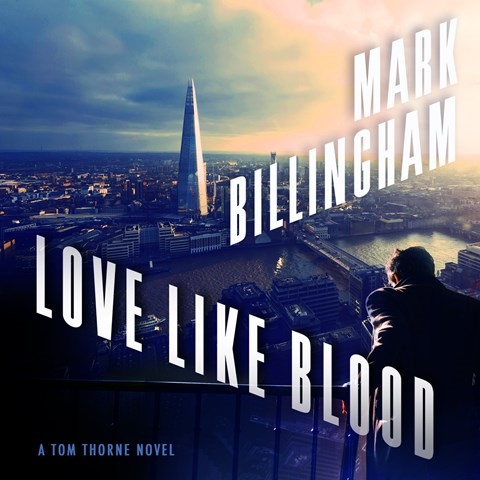 Mark Billingham ably narrates the fourteenth book in his series featuring London-based police detective Tom Thorne. It can be unwise for authors to narrate their own work, but Billingham is an exception. He demonstrates that he knows his own shortcomings by using two British Indian actors to voice members of the Asian community in a story involving so-called honor killings. On the whole this works, though there is the occasional clunky line. Avita Jay's reading of the diary entries of a young woman who is being pressured by her father and brother to conform conveys exactly her defiance and desperation. Billingham avoids gratuitous descriptions of violence, keeping the focus on the strong plot of this solid police procedural. C.A.T. © AudioFile 2017, Portland, Maine [Published: SEPTEMBER 2017]