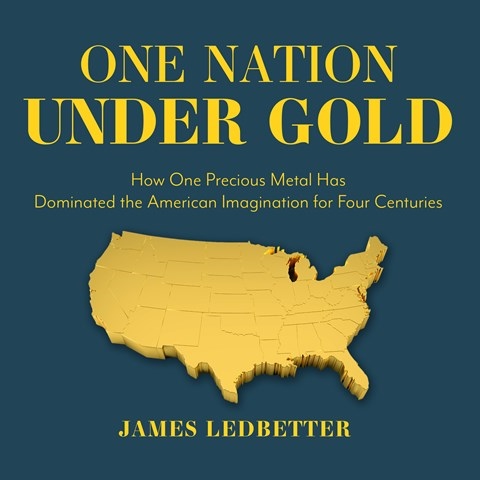 Gold has glittered in the eyes of Americans--including policy makers--since the Carolina gold rush in the nation's early days. Jonathan Yen's narration carries a bit of that fever, sharing the excitement of gold seekers in California as well as the fervor of political discussion. His voice effectively evokes figures such as John F. Kennedy, Jr., and Richard Nixon. The author tracks down every trace of gold in U.S. history, much like Operation Goldfinger probed seawater and meteorites. There's a lot of policy explanation, including a forty-year ban on gold in private hands. Ledbetter also shares a few cautionary tales for would-be gold investors. Overall, Ledbetter gives listeners a sense of gold's importance to the United States, both historically and in the present. J.A.S. © AudioFile 2017, Portland, Maine [Published: OCTOBER 2017]