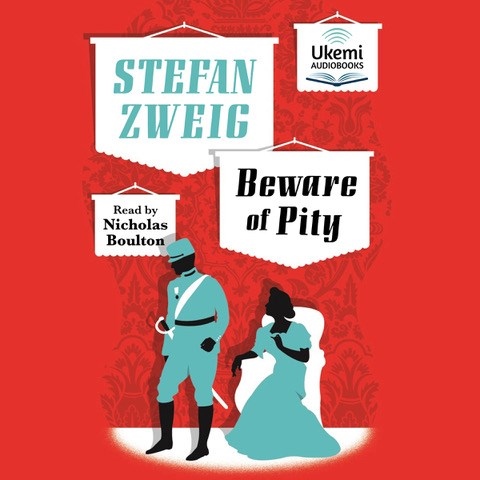 Nicholas Boulton's performance of the only full-length novel of the great Stefan Zweig is impeccable, impassioned, and moving. Zweig's storytelling here is old-fashioned, feeling almost Chekhovian at this remove. Set right before WWI, it's a domestic tragedy told in the shadow of the looming destruction of a world and about a young Austrian cavalry officer trying to behave honorably to a rich but hysterically needy crippled girl with whom he is entangled. Boulton's Lt. Hoffmiller is both an exotic to us and utterly familiar as a young man whose not-uncommon flaw is that he doesn't understand his own emotions. Zweig's achievement is to show what damage this can do on small stages or large; Boulton's is to make us vibrate in sympathy with Hoffmiller. B.G. Winner of AudioFile Earphones Award Â© AudioFile 2017, Portland, Maine [Published: OCTOBER 2017]