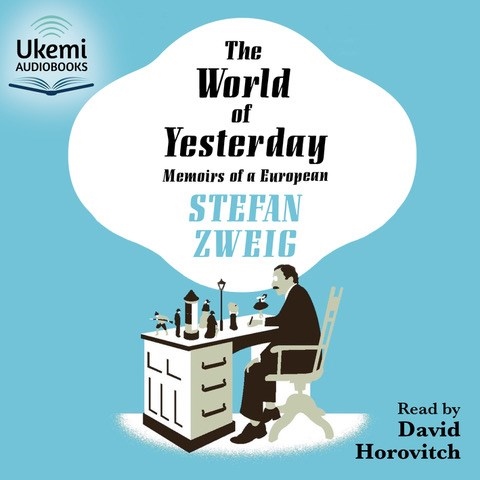 THE WORLD OF YESTERDAY Memoirs of a European

David Horovitch's sublime narration of Zweig's haunting memoir matches excellence with excellence, style with style. Completed the day before he committed suicide in 1942, Zweig's narrative is a bittersweet medley of nostalgia and despair, starting with the golden turn-of-the-century years when Vienna was the center of European intellectual and artistic activity, all of which was destroyed with the Nazi ascent in Austria. Film director Wes Anderson has reawakened interest in Zweig, an artist who was once Europe's bestselling novelist--and who, in time, saw his books burned in public. Horovitch sounds as you imagine Zweig would sound and portrays Zweig's sensibility, style, and moral compass perfectly, and indelibly. And, happily, if you are new to Zweig, a long list of his slim, elegant novellas awaits you on audio, in English, German, and French. D.A.W. Winner of AudioFile Earphones Award © AudioFile 2017, Portland, Maine [Published: AUGUST 2017]