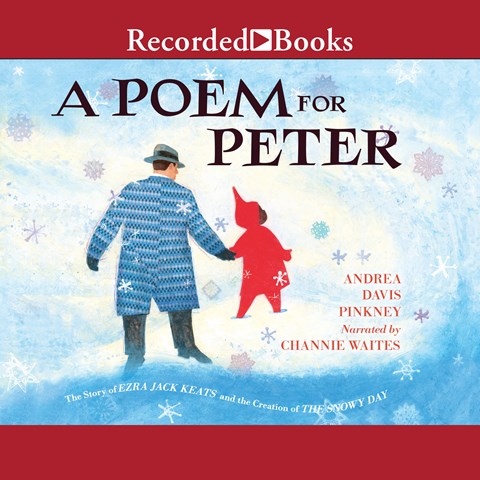 Narrator Channie Waites is quick to establish the rhythms and emotions of this tribute to Ezra Jack Keats, author and illustrator of the children's classic THE SNOWY DAY. The book featured an African-American boy named Peter and introduced readers to multiculturalism in children's literature in 1962. Keats's Jewish parents fled Poland before his birth to escape prejudice, but in America they faced poverty and "the dark heel of Discrimination." There are harsh truths about struggle in this book, and Waites delivers them vividly. As if in balance, there are also poignant descriptions wrapped in imaginative lyricism. For example, Pinkney says snow is "nature's we-all blanket . . . Snow doesn't pick a wealthy man's doorstep over a poor lady's stoop." As narrator, Waites has equal sensitivity to the story's poetic moments. The afterword has more information about Keats's contribution to children's literature. S.W. Winner of AudioFile Earphones Award © AudioFile 2017, Portland, Maine [Published: JULY 2017]