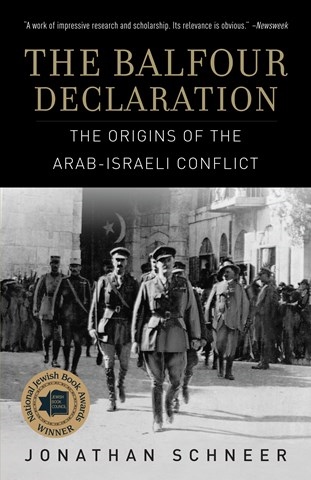 THE BALFOUR DECLARATION The Origins of the Arab-Israeli Conflict

This informative audiobook, subtitled "The Origins of the Arab-Israeli Conflict," recounts the causes of hostilities that harken back more than a century. Since it paints the British as the main cause of the conflict, it's appropriate that narrator Nicholas Guy Smith is British. In simplest terms, the 1917 Balfour Declaration committed Britain to supporting a homeland for the Jewish people in Palestine. Still, that didn't stop British officials from continuing to secretly negotiate with Turkish and Arab leaders for control of Palestine before, during, and after the declaration. With a flourish, Smith brings to life all the parties in this intrigue, including famed adventurer T.E. Lawrence and double-dealing Prime Minister David Lloyd George. This production graphically explains why animosity lingers to this day. D.E.M. © AudioFile 2018, Portland, Maine [Published: MARCH 2018]