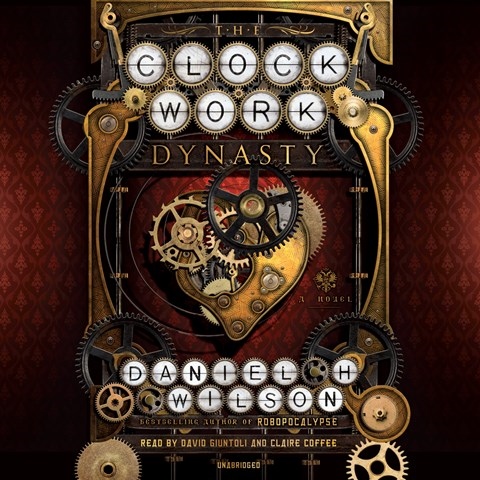 This is the story of two . . . well . . . beings. Narrator Claire Coffee portrays June, a modern-day scientist who, inspired by her Russian grandfather's tale of a creature who saved him during WWII, has become an expert in the mechanical dolls known as automatons. Narrator David Giuntoli voices Peter, one of those very automatons, who becomes obsessed with his own mission when he rescues June from another automaton's attack. The alternating narrators make a complicated storyline much easier to follow. Coffee is winning as the spunky June, while Giuntoli deftly inhabits reticent Peter, who is still finding his way despite having "lived" for centuries. Listeners will be rapt as June and Peter battle to save the race of living dolls. D.E.M. © AudioFile 2017, Portland, Maine [Published: OCTOBER 2017]