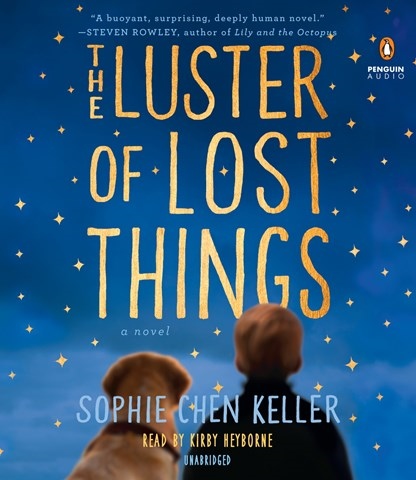 THE LUSTER OF LOST THINGS

Narrator Kirby Heyborne brings unbeatable passion to this whimsical debut featuring 12-year-old Walter Lavender, Jr., whose motor speech disorder has left him insecure of his own speech, a trait Heyborne carefully navigates when creating Walter's voice. When the magical book that keeps his mother's bakery running goes missing, Walter uses his uncanny ability to find lost things to bring it home. Walter's journey unfolds in evocative parables, taking him across an idyllic New York City. He's guided by eccentric and chummy characters, for whom Heyborne provides engaging accents and pitches. Heyborne's heartwarming performance will delight listeners, thanks to the pure joy in his narration as he describes the delectable gourmet confections Keller imagines. J.E.C. © AudioFile 2017, Portland, Maine [Published: AUGUST 2017]