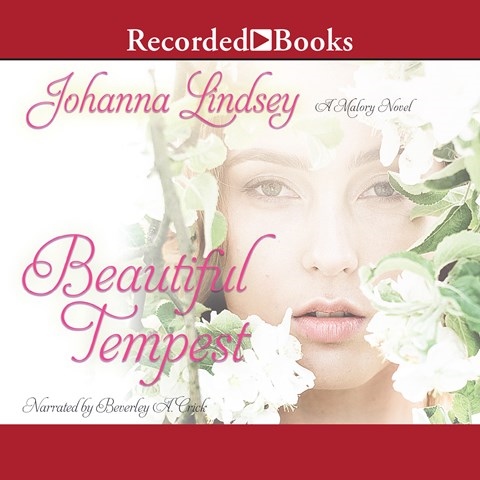 by Johanna Lindsey | Read by Beverley A. Crick

Narrator Beverley Crick delivers this installment of the long-running historical romance series featuring the Malory family. Jacqueline Malory suspects that her new suitor is the pirate who kidnapped her months ago. When her attempt to capture him backfires, she finds herself on his ship. Crick is successful in voicing the pirates aboard the ship, but it can be difficult to distinguish the other male voices. Crick also does a better job with the British accents than those of Jacqueline's American mother and relatives. Nonetheless, listeners will enjoy Jacqueline's adventures, especially those who are familiar with the series. S.B. © AudioFile 2017, Portland, Maine [Published: SEPTEMBER 2017]