Home»Reviews»IF ON A WINTER'S NIGHT A TRAVELER 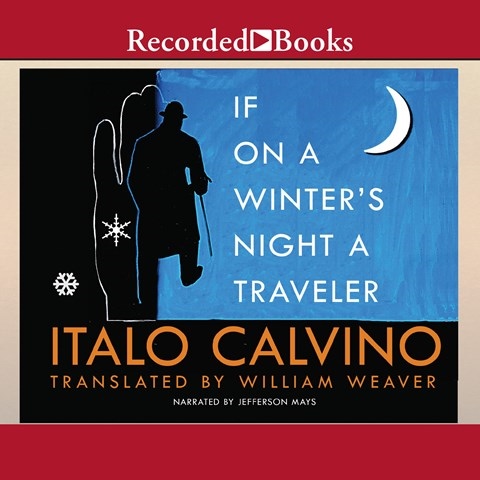 IF ON A WINTER'S NIGHT A TRAVELER

At first, you may not think that a novel renowned for telling its listener "you walk into a bookshop" would translate naturally to the audiobook format. But Jefferson Mays's initial narration heightens the novel's sense of postmodern irony. You aren't walking into a bookshop when you read the book, and you don't even have a book when you listen to the audiobook. Unfortunately, this is as far as the audiobook takes the novel, for, though his talent is evident, Mays's thespian grandeur often overshadows the novel's subtlety. Overall, his narration neglects Calvino's European self-parody, instead delivering a slightly pompous flair that may lead you to put down the proverbial book and leave the bookshop. Z.S. © AudioFile 2017, Portland, Maine [Published: NOVEMBER 2017]