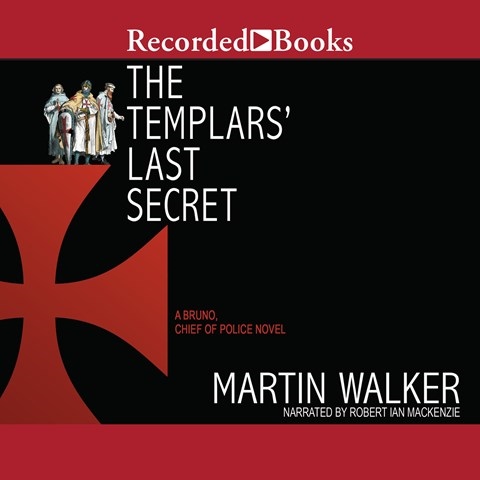 Robert Ian MacKenzie, who has narrated all of the Inspector Bruno series, knows the Frenchman well. He delivers this installment in a relaxed, but never lazy tone, as befits a country policeman who takes the world as it comes. Mackenzie sounds appreciative, often with an audible smile, and interested, coloring the characters with distinct personalities. Also, his French pronunciation is excellent, if occasionally overly careful. In this outing, Inspector Bruno handles the unwelcome company of a time-and-motion specialist from Paris with deceptively casual aplomb as he investigates the death of a historian who may have fallen from a castle wall--or was she pushed? Trust me that all is not as it seems. But I will say that when he's off-duty, MacKenzie's Bruno cooks enthusiastically. Don't listen on an empty stomach. A.C.S. © AudioFile 2017, Portland, Maine [Published: SEPTEMBER 2017]