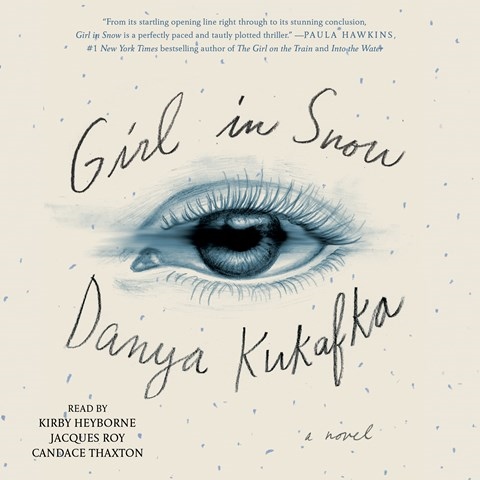 Candace Thaxton, Kirby Heyborne, and Jacques Roy narrate the voices of the three main characters whose secrets, regrets, and unrequited loves are peeled away against the backdrop of a murder. The narrators ably capture the persona of each character. Jade's voice is harsh and loud, reflective of her abusive upbringing. Russ's perfunctory approach to life makes him invulnerable to emotion, an easygoing detective who soaks up the emotions erupting from crime scenes. And Cameron is a confused, sensitive teen, who still worships Lucinda, the murder victim. Tangled up with memories and fantasies, the story is a confluence of emotions skillfully expressed. E.B. © AudioFile 2017, Portland, Maine [Published: SEPTEMBER 2017]