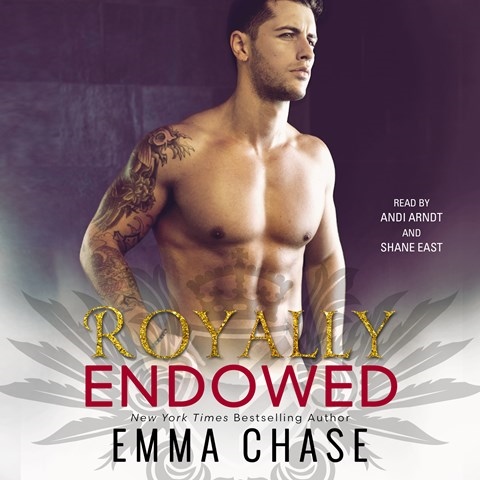 In Chase's audiobook trilogy, royal bodyguard Logan St. James and pie maker Ellie Hammond spend years not dating each other. She's too young--he's ensnared by duty. Logan resists Ellie out of respect for his employer, the prince of Wessco, who is Ellie's brother-in-law. But the sizzling heat between them never cools down, thanks to narrators Andi Arndt and Shane East. East gives Logan a slightly foreign, smoking-hot accent as he broods about Ellie in a sexy alpha-male voice. His voice for Ellie is less nuanced. It's hard for his deep voice to hit an appropriate female range. Arndt depicts Ellie's awkward journey to adulthood with appealing realism, and her voice for Logan draws listeners into the couple's intimate connection. Listeners will want to hear the other two titles in the trilogy. C.A. © AudioFile 2017, Portland, Maine [Published: SEPTEMBER 2017]