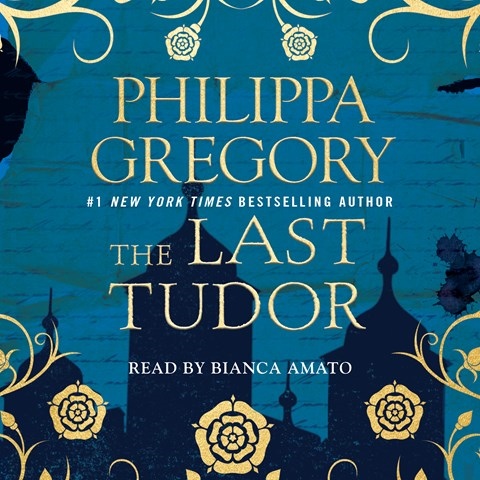 Narrator Bianca Amato delivers another flawless performance as author Philippa Gregory reaches deep into history, using impeccable research to speculate on the hearts and minds of three Tudor women. While many listeners know the tragic story of Jane Grey, who was queen for nine days, before she was executed, fewer know of her sisters, Catherine and Mary, who were also rightful heirs to the throne. Both Grey sisters married for love without Elizabeth I's permission, giving the mercurial queen an excuse to imprison them. Telling the story in three parts, Amato makes each sister's anguish and anxiety palpable as each suffers the machinations of a jealous, vindictive queen. This heartrending family saga takes place in an era when being a woman was even more dangerous than being in line for the throne. Historical fiction at its best. S.J.H. Winner of AudioFile Earphones Award © AudioFile 2017, Portland, Maine [Published: AUGUST 2017]