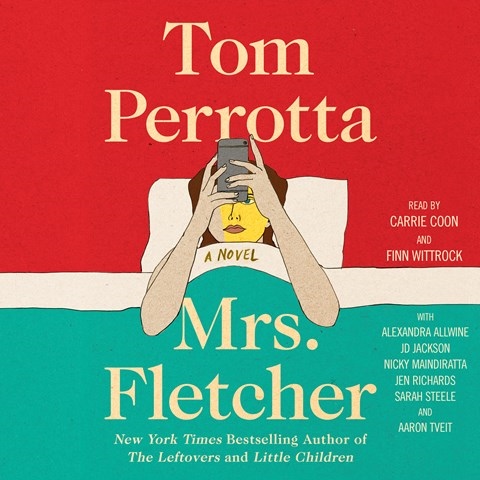 This audio production of Tom Perrotta's comic novel exemplifies the strengths and weaknesses of full-cast audiobooks. The more accomplished narrators provide the satirical characterizations necessary for Perrotta's biting treatment of everyday anxieties, with Carrie Coon giving an exceptional performance as a frustrated housewife. That said, some classic pitfalls of amateur narrators, such as monotonous delivery of descriptive passages, allow sections of the audiobook to devolve into the very mediocrity on which Perrotta is commenting. Luckily, the cast prove diverse enough to carry the stragglers, helped along by Perrotta's natural wit. The result is a personable, albeit inconsistent, commentary on contemporary sexuality that is well served by its narrators. Z.S. © AudioFile 2017, Portland, Maine [Published: SEPTEMBER 2017]