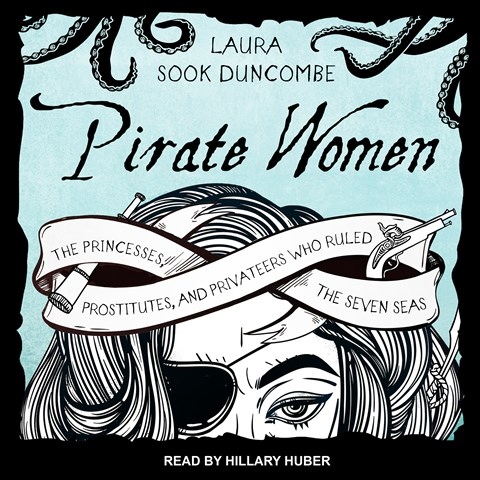 PIRATE WOMEN The Princesses, Prostitutes, and Privateers Who Ruled the Seven Seas

Narrator Hillary Huber gives voice to women who had little or no control of the historical record they left behind. Listeners are transported through history and Hollywood films in this exploration of the lives of pirate women. As the author weaves historical fragments and legends, the result is an intriguing series of biographical portraits that contribute to the discussion of how narratives are constructed. Observations made by the author are delivered as though Huber were speaking with a sympathetic audience. Her straightforward, even-keeled style is perfectly suited to this discussion of notable and obscure figures such as pirate queen Grace O'Malley, the swashbuckling duo Anne Bonny and Mary Read, and the indomitable Cheng I Sao. J.R.T. © AudioFile 2017, Portland, Maine [Published: OCTOBER 2017]