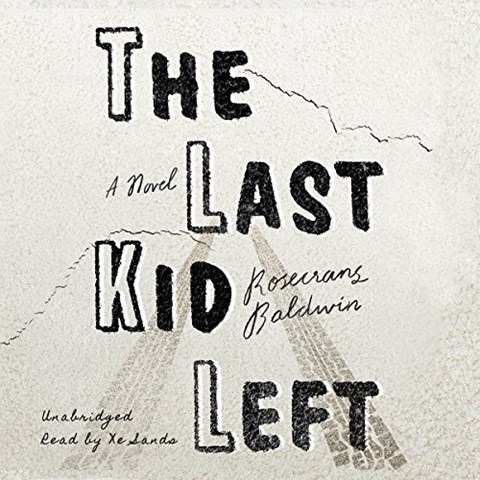 Xe Sands gives a disarming performance of Baldwin's audiobook, which melds a crime story with a larger observation of group behavior. In a small resort town, a doctor and his wife are found dead in the back of a crashed vehicle. Nick, the driver, confesses. The investigator suspects there's more to the story. Things get complex; Nick's girlfriend, 16-year-old Emily, faces public shaming after rumors of sexting images circulate, fueling the lurid nature of the story within the community. A reporter attempts to capture the truth of the events, but her work is overshadowed by the desire for more sensational details. Sands provides a clear, laid-back narration that at first seems incongruent with the tone but ultimately benefits a story of youth and tragedy. S.P.C. © AudioFile 2017, Portland, Maine [Published: SEPTEMBER 2017]