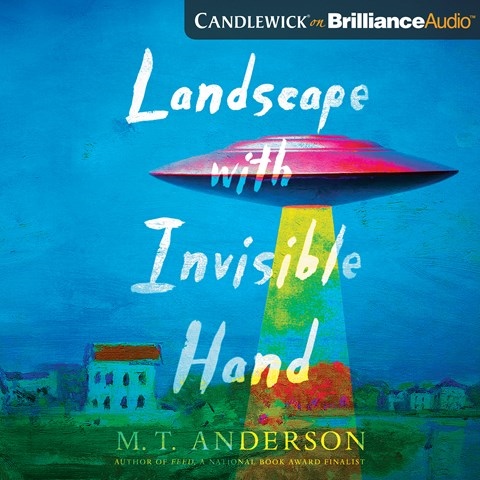 M.T. Anderson's narration shows deep knowledge of his invented world. A tone of menace characterizes hero Adam Costello when a group of aliens, called "vuvv," land on Earth. They soon monetize Earth's culture beyond anything humans have ever imagined, and Adam's family's survival is threatened. Anderson shifts to a romantic tone as Adam embarks upon a survival plan with his girlfriend, Chloe--a series of performances of 1950s dating for the vuvv, who consider their relationship a form of entertainment. Soon, in a sardonic voice Anderson lays bare the truth--Adam and Chloe are hating each successive "date" more and more as their affection is reduced to a survival skill. Anderson provides plenty of vocal variety for a compelling story that dramatizes the social injustice of wealth disparity. S.W. Winner of AudioFile Earphones Award © AudioFile 2017, Portland, Maine [Published: SEPTEMBER 2017]