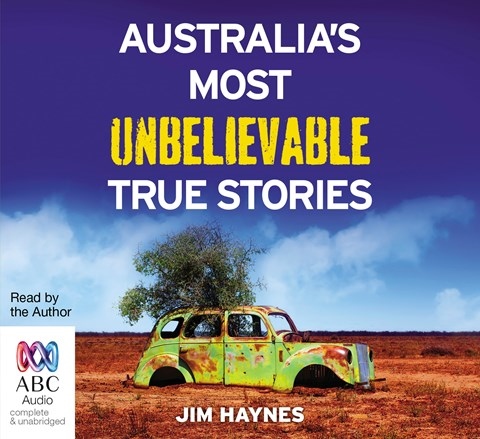 Australian time once went metric. Not really--but a news show tried to convince Aussies of it one April Fool's Day. Radio personality Jim Haynes has some weird Australiana to share with listeners, and he does so with good cheer. Colorful characters, such as a war hero who didn't even know his own past, abound. Sometimes, Haynes just wants to familiarize listeners with Australian history, as when he tells famous war stories. Elsewhere, national pride comes in, as when he reminds listeners of a power flight that preceded the Wright brothers' milestone at Kitty Hawk. And that Australian Rules Football pioneered the concept of rules for football. Not everything's unbelievable, but the true stories are entertaining. J.A.S. © AudioFile 2017, Portland, Maine [Published: SEPTEMBER 2017]