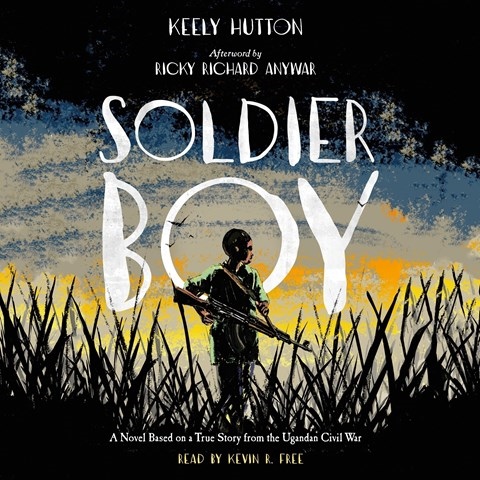 Powerful writing based on the real life of Ricky Anywar is heightened by narrator Kevin R. Free's dramatic reading. Free's use of an African accent carries readers to the Ugandan setting and the stories of two characters--one real, one fictional. The true story of 14-year-old Ricky begins with the tenderness of his warm family. Soon, there's a horrific reversal as Free narrates the brutalities Ricky endures when his family is murdered and he's enslaved by the Lord's Resistance Army (LRA). The imagined story of 11-year-old Samuel, who represents all the child soldiers, reveals the trauma that comes after a child is freed from being a soldier. Free's characterizations vary from the diabolical menace of Ricky's commanders to the nurturing compassion that the grown-up Ricky provides Samuel through his relief organization, Friends of Orphans. This may be one of the most difficult audios you'll ever hear. S.W. Winner of AudioFile Earphones Award © AudioFile 2017, Portland, Maine [Published: SEPTEMBER 2017]