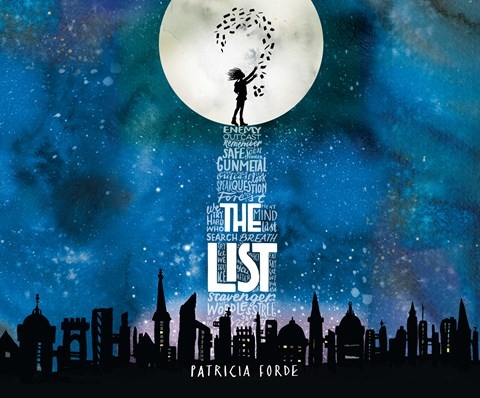 Narrator Imogen Wilde delivers the perfect voice for shy and insecure Letta. She's often excited, and when she is, Wilde's voice is as squeaky as a young girl's can be. Letta is a sheltered wordsmith apprentice who lives in a postapocalyptic world in which a maniacal leader is attempting to eliminate language--the source of all evil. As words are slowly proscribed, people speak in ever-shortening sentences. Wilde's transitions between the heroine's speech and the truncated list-speak of the other characters is flawless--no mean feat. In addition, her pacing is spot-on as the story oscillates between moments of high drama and mundane dialogue. M.C. © AudioFile 2017, Portland, Maine [Published: SEPTEMBER 2017]