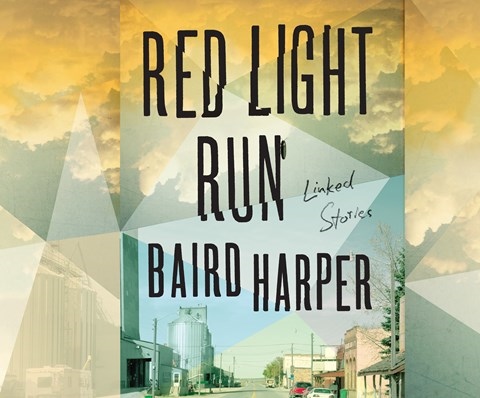 Charles Carroll's simple, unforced narration lends credence to these interwoven stories of characters who are tragically connected by a red light. In each story a different character takes center stage. As Carroll establishes each from their perspectives, their complexity--and the complexity of their connections to each other--builds. The stories are not chronological, and keeping each character straight does require attention; however, both author and narrator make that effort worthwhile. Themes, including that suggested by the title, are made more powerful by being understated on the part of both author and narrator. Their matter-of-factness adds to the stories' fatalistic tone--and to our compassion for these flawed characters, who seem destined to collide despite their efforts to steer themselves straight. K.W. © AudioFile 2017, Portland, Maine [Published: OCTOBER 2017]