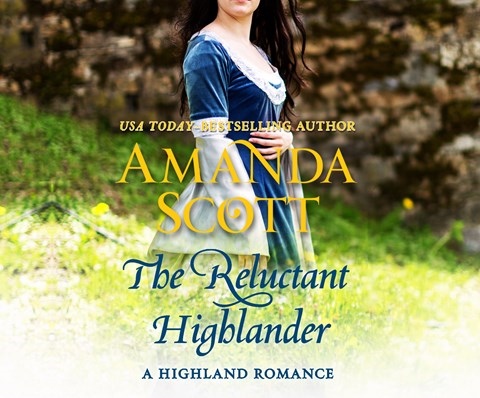 THE RELUCTANT HIGHLANDER A Highland Romance

New to audiobook narration, Mhairi Morrison uses her considerable talents to deliver this Scottish romance set in the 1430s. Sir Adham MacFinlagh and Lady Fiona Ormiston cross paths in the lowlands at the court of King James and Queen Joanna. A hurried marriage and a trip to the highlands results in a kidnapping, a rescue, and a deepening love between the young couple. Morrison varies her characterizations and uses accents sharp and hard, bristly and brusque, suiting the characters well. While all the characters are said to speak most often in Scottish and Scots Gaelic, the dialogue is always in recognizably accented English. Morrison's fluid performance draws the listener into this colorful romance. M.B.K. Winner of AudioFile Earphones Award © AudioFile 2017, Portland, Maine [Published: OCTOBER 2017]