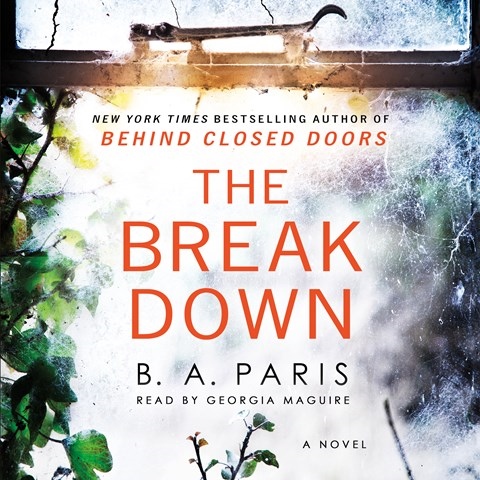 Narrator Georgia Maguire's soft British accent is an absolute listening pleasure. But author B.A. Paris's new release, a first-person account with few supporting characters, offers Maguire scant opportunity to demonstrate any significant range beyond the musings of the anguished heroine. Tormented by what she believes are signs of early-onset dementia, Cass develops a near-paralyzing paranoia and an overwhelming fear of losing her beloved husband. Her discovery that she may have had a role in a brutal murder proves to be her tipping point into an emotional breakdown. Questions are eventually answered, and the mystery resolved, but it is the texture and tension provided by Maguire's skillful delivery and beguiling voice that make this a successful audio offering. M.O.B. © AudioFile 2017, Portland, Maine [Published: AUGUST 2017]