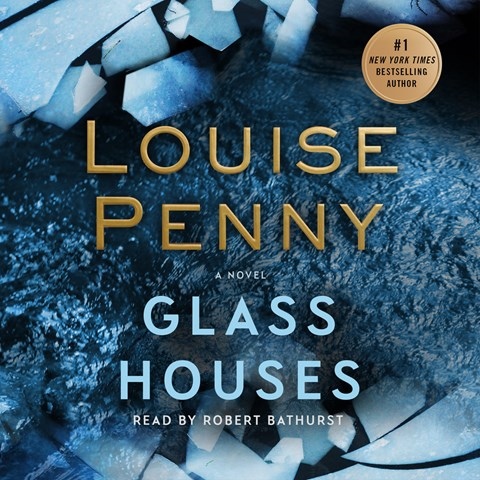 In his third narration of Louise Penny's popular Three Pines series, Robert Bathurst emphasizes the humanity and compassion of Chief Superintendent Armand Gamache. Throughout the series, the character has reflected an exceptional benevolence, disavowing the macho cop stereotype. However, the events in GLASS HOUSES challenge Gamache's conscience unlike any of the previous audiobooks, with Bathurst prying open the hero's heart and soul and laying it bare for listeners to experience at a visceral level. Bathurst's interpretations for several of the other characters are so similar they tend to blend together, so listeners will need to pay close attention to know who is speaking, especially in large group scenes. But the focus of this story is Gamache's moral struggle, and Bathurst nails it. J.F. Winner of AudioFile Earphones Award © AudioFile 2017, Portland, Maine [Published: AUGUST 2017]