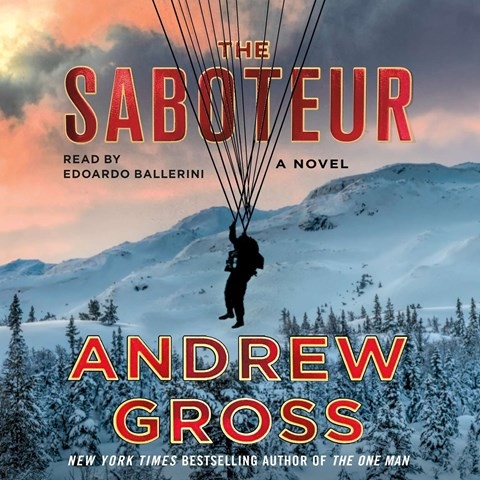 This Norwegian-accented commando caper showcases narrator Edoardo Ballerini's versatility and range, and offers all the satisfactions of its genre, including a mission that "alters the course of World War II." Based on a true story in which saboteurs sank the ferry boat transporting the Nazis' supply of heavy water, its 79 brisk chapters race up cliffs and across frozen landscapes, always one step ahead of a Nazi bullet. Gross's saboteur is a champion of patriotic devotion and physical endurance, and Ballarini captures his grace and humanity, as well as his courage, in a manly timbre. As a rule, all Norwegian-inflected characters, including women and toddlers, tend to sound like codgers, but Ballerini keeps them more or less separate. And he simply dazzles in one virtuoso scene, a mission-planning session in which he shifts rapidly from Norwegian to Scottish, British, and American accents. D.A.W. © AudioFile 2017, Portland, Maine [Published: OCTOBER 2017]