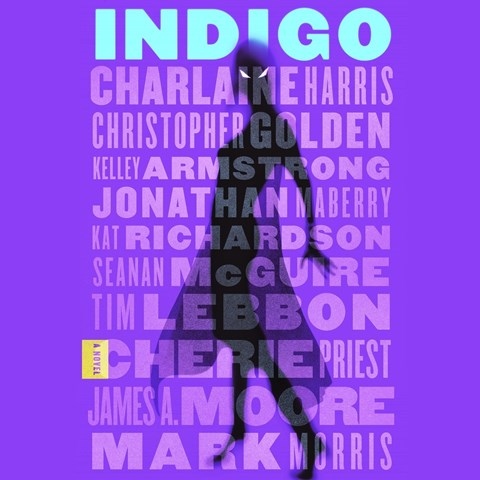 Indigo draws her superhuman powers from the shadows--any shadow, from under the stairs to the wrong side of the tracks. Narrator Christina Delaine gives a full three dimensions to this complicated female crime fighter who searches for the truth behind the violent deaths of her parents while taking on a brutal battle to wipe a child-slavery ring off the face of the earth. Delaine's vocal talents are especially convincing with the many male characters in the book, including the diabolical mastermind behind the child-kidnapping cult and the 2,500-year-old Egyptian demigod that lives in Indigo's mind. With Delaine at the microphone, the emotions sound real, and the action is nonstop. B.P. © AudioFile 2017, Portland, Maine [Published: AUGUST 2017]