Home»Reviews»HATE IS SUCH A STRONG WORD 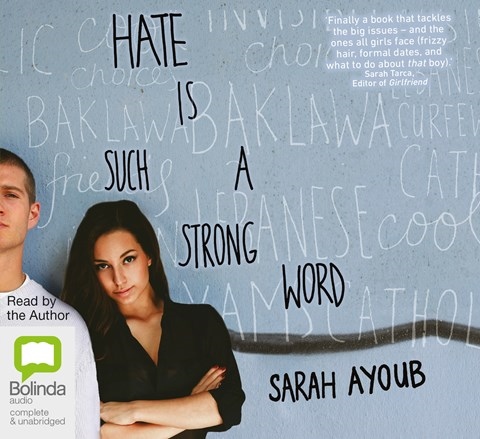 HATE IS SUCH A STRONG WORD

Like her main character, a Lebanese-Australian teen named Sophie, the author seems to gain confidence in her own voice as her narration moves through her debut novel. This aural development from so shy as to be nearly monotone to more emphatic and nuanced takes enough time to develop that listeners may need to be encouraged to stick with it. Initially reticent, Sophie eventually learns to to speak up both to others and to herself about her true feelings. Ayoub gives her characters--including Sophie's brother, girlfriends, and potential boyfriend--distinct cadences. Portrayals of teen power politics, cultural prejudices, and individual preferences neatly cross the ocean to mirror North American as well as Australian reality. F.M.R.G. © AudioFile 2017, Portland, Maine [Published: OCTOBER 2017]