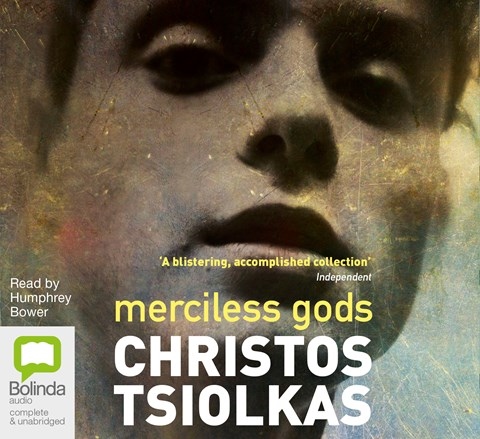 Tough and brutal yet tender, Australian narrator Humphrey Bower has no worries delivering this edgy collection of short stories by fellow Aussie Christos Tsiolkas. A man learns that the violent relationship between his gay brother and immigrant father was even more complicated than he thought, and a hitchhiker seeks out the tribal family of a lover lost to drugs. Bower effortlessly shifts between the rhythms of Italian and Greek to Palestinian, Australian, Aboriginal, and even American accents in these explorations of 21st-century multicultural, family, and gender politics. The author doesn't shy away from the sexually explicit and provocative, and Bower makes those passages sound both human and urgent. This major literary collection is equally unforgiving and unforgettable. B.P. Winner of AudioFile Earphones Award © AudioFile 2017, Portland, Maine [Published: AUGUST 2017]