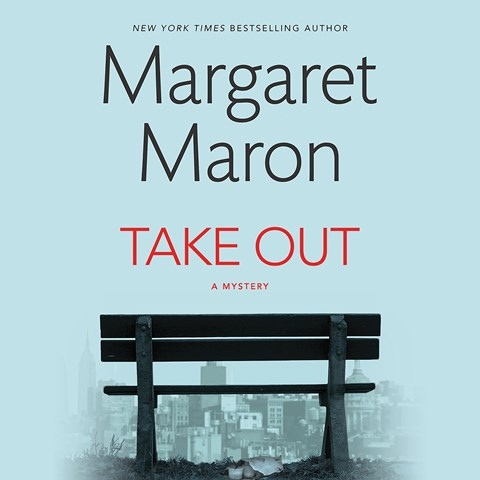 This audiobook is the bittersweet conclusion to Maron's series featuring NYPD Lt. Sigrid Harald. The police procedural is expertly narrated by Courtney Patterson, whose skill is demonstrated in the many scenes driven by group conversations and in her ability to give personality to the numerous secondary characters. The whodunit is focused on two men who are found dead on a park bench, having been poisoned by take-out food provided by neighborhood do-gooders. A more personal mystery for Sigrid revolves around a man who shows up claiming to be the son of her recently deceased lover. The audiobook is equally accessible to first-timers and series followers. E.Q. © AudioFile 2017, Portland, Maine [Published: JULY 2017]