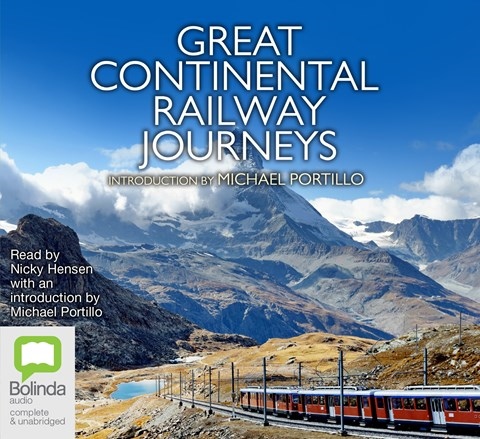 British journalist Michael Portillo's BBC series captured his personal quest to follow George Bradshaw's 1913 Continental Railway Guide in as exploration of iconic railroad routes on the European continent. This audiobook version of the television series has Portillo presenting the introduction, while Nicky Henson narrates the bulk of the work. Covered are the engineering feats and prominent people involved in the continent's railroad development, as well as details of their historical context. Henson's delivery, while adequately paced, is dry and uninspiring. For a livelier experience, listeners might choose to watch the BBC series itself or look at the book, which has photos to provide visual context. S.E.G. © AudioFile 2017, Portland, Maine [Published: SEPTEMBER 2017]