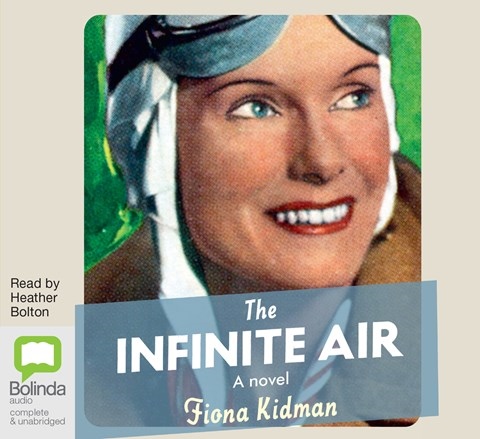 Kidman's audiobook is a fictional account of New Zealand's intrepid aviator Jean Batten, who broke several aerial records in the 1930s. Using Batten's letters and journals, Kidman details her aspirations, which were continually questioned because of her age and gender. Narrator Heather Bolton is riveting as she depicts Batten's determination and bravery during her flights in death-defying conditions. Bolton lays bare Batten's psychological and physical struggles as she flew alone using primitive navigating tools. The listener becomes invested in her struggles, heartbreaks, and achievements. As Bolton presents each character, major or minor, with meticulous precision, Batten's encounters with aristocrats, royalty, and even Ian Fleming are especially interesting. Listeners will want to learn more about Jean Batten after hearing this production. S.H. Winner of AudioFile Earphones Award © AudioFile 2017, Portland, Maine [Published: AUGUST 2017]