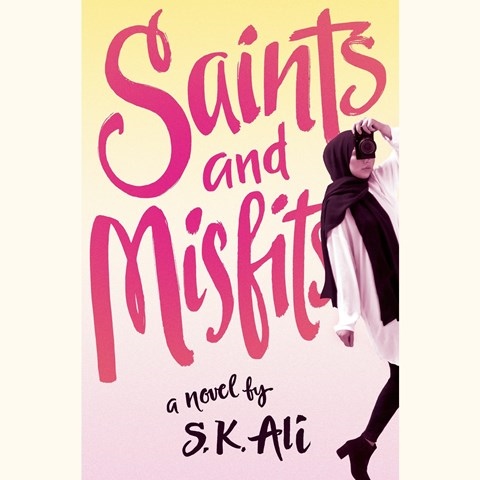 Narrator Ariana Delawari gives voice to the youthfully uncertain Janna, a Hijabi teen and self-described misfit. An excellent student, she's active in the youth group at her mosque but uncomfortable with both of her divorced parents and resentful of her mother's affection for her older brother and his “saintly” girlfriend. As she tries to overcome having been sexually assaulted by a respected boy at her mosque, Janna develops a crush on a non-Muslim boy, further complicating her life. Delawari captures all of these issues with a perfect teen pitch and pacing that underscores Janna’s changing emotions. Delawari's facility with Muslim terminology makes the Arabic words fit seamlessly into the story. An excellent glimpse into a culture that may be unfamiliar to listeners. S.G. © AudioFile 2017, Portland, Maine [Published: AUGUST 2017]