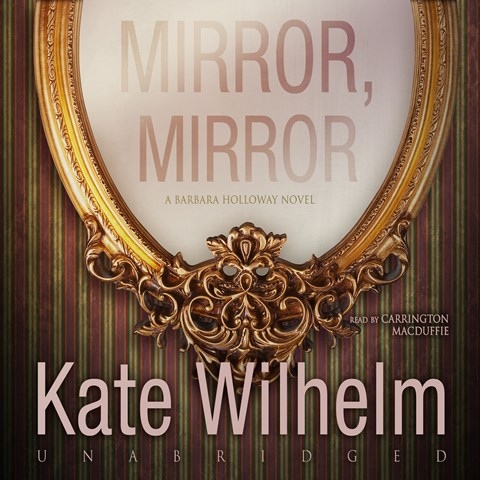 Narrator Carrington MacDuffie sustains the emotional roller coaster ride in this mystery featuring defense attorney Barbara Holloway. MacDuffie is charged with delivering both male and female voices that run the emotional gamut from concern and horror to excitement and joy. She uses Wilhelm's keen character development to its full advantage to portray the many characters, including an unusual number of suspects. Navigating the choppy waters of murder, greed, and secrets, MacDuffie moves fluidly from one character to the next, subtly changing tonality and inflection. In the courtroom, she never loses momentum as the drama is played out, culminating in Holloway's strategic closing argument. E.B. © AudioFile 2017, Portland, Maine [Published: NOVEMBER 2017]