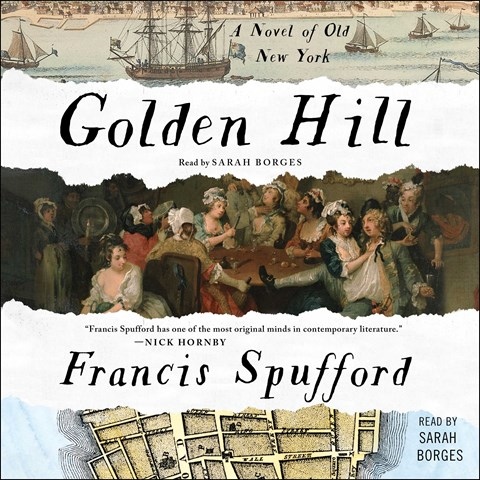 In 1746, a new arrival to New York City, a 24-year-old Londoner named Smith, finds himself temporarily without funds and forced to live by his wits on Manhattan's less-than-charitable streets. Sarah Borges has a smooth as syrup voice, which is fine except that her narration lacks the edginess called for by the situations and characters in this novel. Smith has a knack for getting into difficulty, and his adventures pile up, including being mistaken for a papist; being chased by a crazed mob; sitting in a prison cell; and experiencing a near lynching, an unusual romance, and a political scandal. Borges's narration doesn't deliver the electricity needed to animate the colorful characters, especially the hapless Smith. Luckily, Spufford's award-winning first novel speaks for itself and definitely deserves a listen. S.J.H. © AudioFile 2017, Portland, Maine [Published: AUGUST 2017]