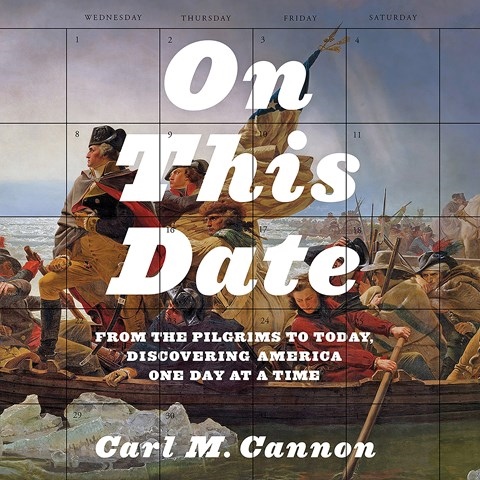 ON THIS DATE From the Pilgrims to Today, Discovering America One Day at a Time

Cannon has a story for every day of the year. Narrator Dan Woren gives the historical anecdotes the feel of a radio feature, like something listeners might have heard from broadcaster Paul Harvey. Some are about famous people like Martin Luther King, Jr. Others tell of less vital but still interesting events, such as the genesis of the emoticon. Other stories, including one on Abraham Lincoln's assassination and one on the events of 9/11, are told in multiple bites. The stories are occasionally broken up with an impression of a famous figure, such as Groucho Marx or John F. Kennedy, as their quotes are read. Whether listeners savor them over an entire year or devour them at once, they teach a little and entertain a lot. J.A.S. © AudioFile 2017, Portland, Maine [Published: AUGUST 2017]